For Contest Information
(including Rules, Categories, Prizes and Times)  -

The zombie walk is an organized gathering of zombies who make their way into the streets of Long Beach by Shoreline Village and around The Pike through the Harbor (in a roundtrip 35-45 minute walk) in an orderly fashion. During the walk, participants are encouraged to remain in character as zombies and to communicate only in a manner consistent with zombie behavior, which may include grunting, groaning or slurred, moaning calls for “brains.” Pose for pictures. Dance like Michael Jackson in the “Thriller” music video. Act out a scene from The Walking Dead. Look menacing. Growl a lot and have fun doing so. 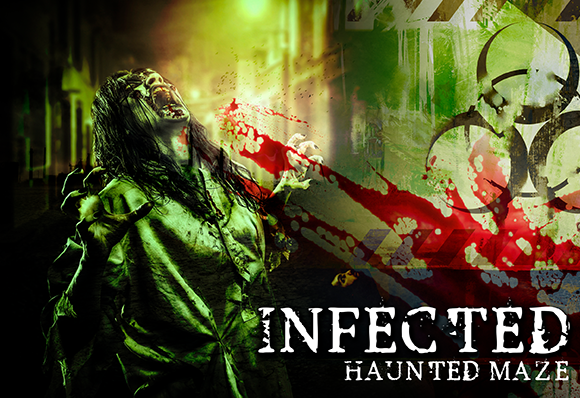 "A haunt that can be compared to a Knott's Scary Farm attraction. As a fan who indulges everything Halloween and attends all the events, I wasn't quite sure what to expect from this maze, but I was quickly impressed." - Long Beach Post

Unhallowed Haunted Maze Attraction
Everything You Fear and More...

Unhallowed Productions takes you on an intense and terrifying 3000-square-foot journey where adrenaline and fear for survival becomes a reality.

PLUS: Zombie Outbreak Cage - an Interactive Quarantine Scare Zone
YOU CAN BE A PART OF THE ACTION! IT'S FREE!

The tables are turned when you enter the interactive Zombie Outbreak Cage, where you’re given 15 minutes to draw blood-curdling screams from your victims —  it's where festival-goers get to scare the hell out of people. 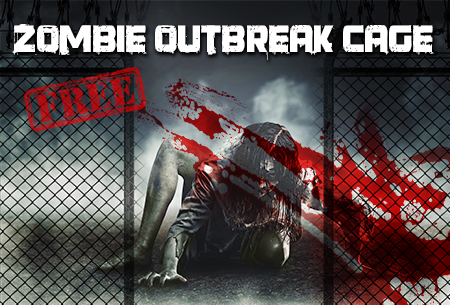 Get Dressed Up or Come As You Are! We have quite the doomsday props from body parts, bags of flesh, radioactive masks, brain hats, weapon headbands, severed heads, bleeding glasses, and it keeps going…

On a first-come, first-served basis. 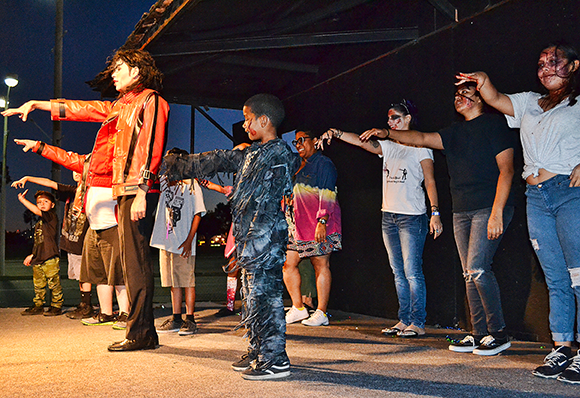 Find your inner zombie and learn one of the most requested choreographies ever made...THRILLER!

If you have always wanted to learn the famous moves from Michael Jackson's Thriller, or if this an annual tradition and you just want to polish your moves, then this workshop is for you! This workshop is for everyone, from the complete beginner with no dance experience, to those who've been dancing all their lives. It's about letting loose and having a good time. 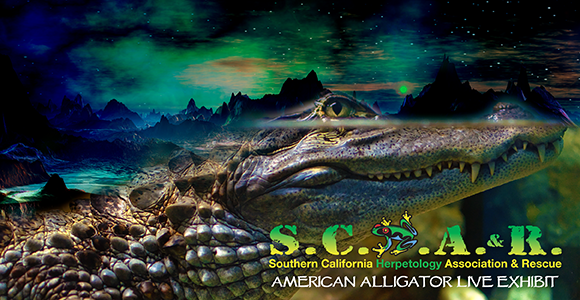 HADES - the God of the Underworld
A Live American Alligator Exhibit

Learn about alligator's powerful bite, what they eat, if they like zombies and much more.

Watch and learn about one of the most fascinating animals to have made it into this age.

EXCLUSIVE: Behind-the-Scene Photo w/Live Alligator, 5-5:20PM Fri, 3-3:20PM Sat/Sun - $10 Donation to SCHAR for Rescue. On a first-come, first-serve basis. ONLY AVAILABLE THE FIRST 20 MINUTES AT THE OPENING OF EACH DAY OF THE EVENT.

Dangerous D is known for performing dangerous stunts, you won't see anywhere else in the world...he is constantly pushing his mind, body, and soul to life threatening limits. 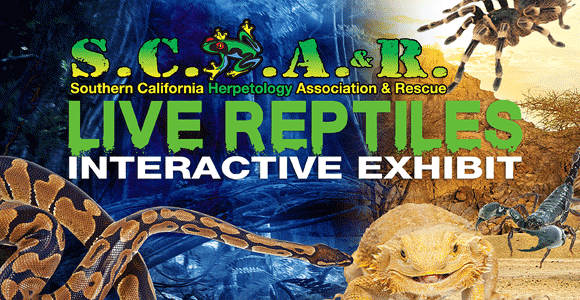 For over 40 years, the SCHA&R has been a non-profit organization dedicated to teaching the public about reptiles, amphibians and invertebrates as well as saving as many lives as possible through rescue and rehabilitation efforts.

Get your hands on the chilling side of nature with some reptiles that are cold-blooded and seriously cool. Participants can chat with an educator, touch a reptile, and hear fun facts.

It will push you to face your biggest fears! Those who dare to put their hand in the boxes to determine “What is it?” might discover it is filled with giant hissing cockroaches, flesh-eating worms, crickets, stink beetles or maybe something more grotesque. For many, the fear of the unknown will be less frightening than any of the creatures to crawl/slither on them. Brought to you by S.C.H.A.& R. 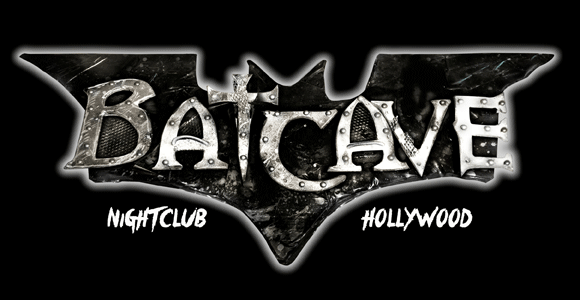 Step right up! The infamous Batcave Hollywood hosting the spooky lounge, playing a mix of Halloween favorites and dark eighties, darkwave, and industrial. Come relax and enjoy everything from the Misfits, to the Cure, to Siouxsie! Top DJs from L.A.'s dark underground clubs spinning your favorites! Featuring special performances on the second stage and in front of the Batcave Lounge all weekend long! 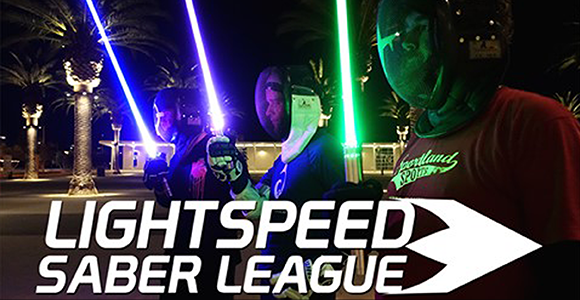 The fastest, most intense light-based fencing format anywhere in the world. Ultra light-weight blades and armor that is fast, mobile, and safe. 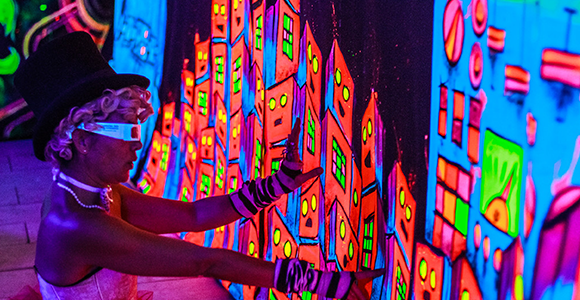 The Altervision 3D Blacklight Experience
You won’t believe your eyes!

A super-fun immersive art installation that shoots you off to outer space - visually, that is. You won’t believe your eyes! All ages will love it. 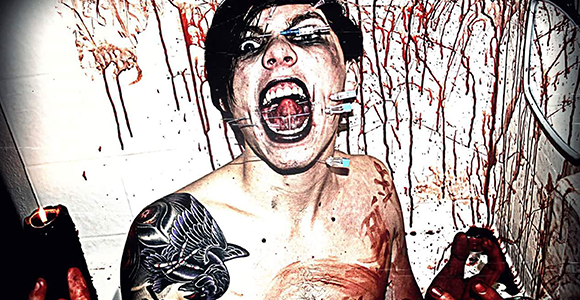 Auzzy Blood Vegas Freakshow
Stunts that will leave you in shock.

Pushes the boundaries in just about any way possible, doing things with the human body most would think as unbearably painful, and IMPOSSIBLE. Looks fear in the face as he performs the impossible and insane - leaving your jaw dropped, questioning everything!!

Lives up to the madness...OR DIES TRYING! 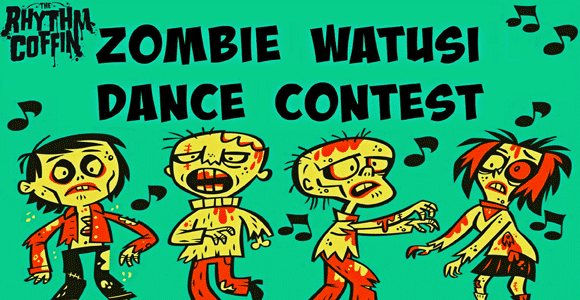 Zombie Watusi Dance Contest Workshop -
UnDead FUN for Everyone!
by The Rhythm Coffin

Shake what your Zombie Mama gave You!

Calling all Zombies to learn the New Dance Craze, to keep You out of Your Grave!
It's the “Zombie Watusi”! It started six feet underground, now it’s coming to your town. 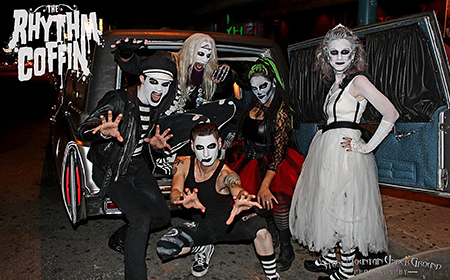 The “ZOMBIE WATUSI” a New Original Dance from The Rhythm Coffin. Their Ghoulie Girls teach you the moves, and make it Fun and Easy to learn these New Zombie Grooves! Of Corpse it’s Ghoul Cool for All Ages and Stages (of Decay). So Shake, Rattle and Monster Rock n Roll Your Bones to a “ZOMBIE WATUSI” Dance Contest Workshop with a prize winning winner at each contest.

Hollywood special effects make-up artists from Cinema Makeup School will be providing their expert services FREE to all attendees who need assistance in finding their inner zombie!

Founded in 1993, Cinema Makeup School has been providing students with the skills they need to become professional makeup and special effects artists for over 20 years. Their instructors are Emmy and Academy Award Winning makeup artists who bring their knowledge and expertise into the classroom. For more information, please visit www.cinemamakeup.com 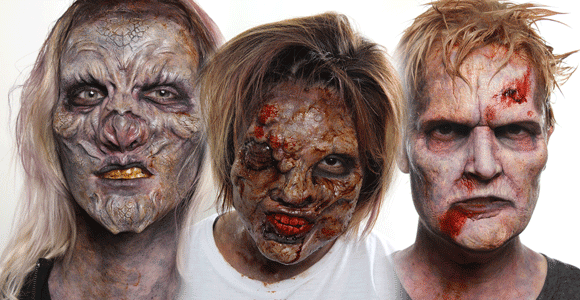 Appearing Friday, Saturday and Sunday.
On a first-come, first-served basis. 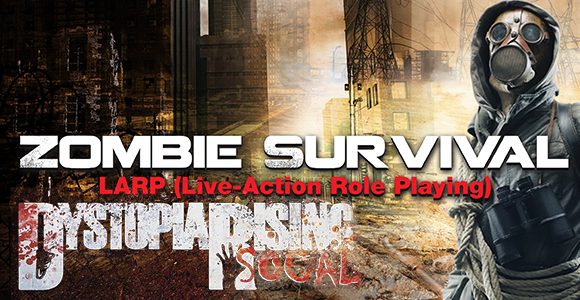 Interactive attraction where you will try and survive against a continuous horde of Zombies.

Appearing CANCELLED FOR THIS EVENT. 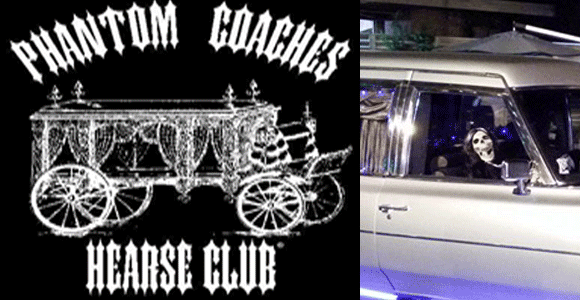 So...are they morbid-minded ghoulies who sleep in coffins and hold monthly graveyard meetings? Well, okay, you are right about the graveyard meeting part ;-) But the fact is, they're a group of people from ALL walks of life who just happen to enjoy hearses (and flower cars, and limousines, and ambulances...). 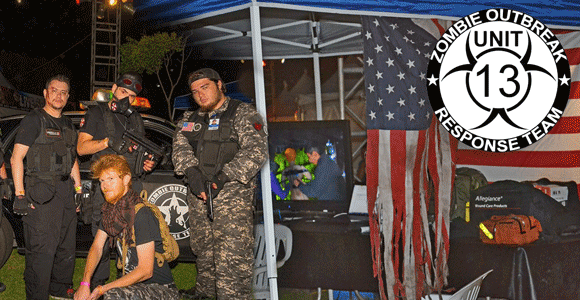 Will be dispatching containment units in the event of a zombie outbreak. 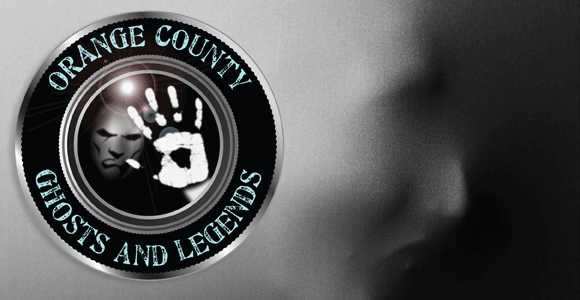 What happens after one 'turns' into a zombie?  Do our souls leave our body or are we aware of our need to feast on the flesh of the living? Visit Orange County's premiere haunted events & paranormal team - OC Ghosts and Legends and find out for yourself. Will be doing live stream interviews and drawings to win exclusive haunted tour and event prizes/giveaways.

Saturday and Sunday Only: Zombie Watusi Dance Contest Workshop by The Rhythm Coffin.